Kids’ Fruit’ Drinks May Have More Sugar Than Soda! 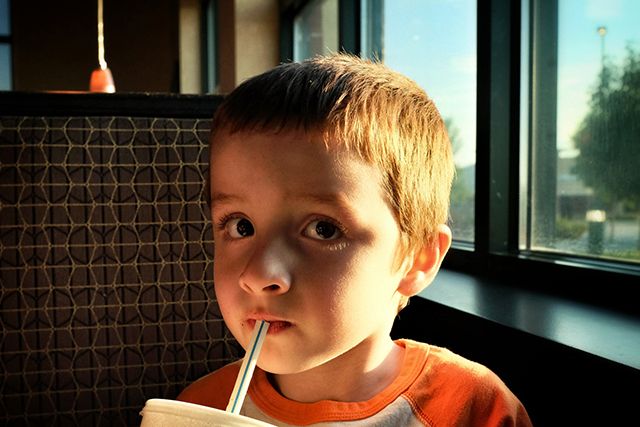 Marketing is tricking consumers into thinking non-carbonated beverages are healthy.

If you’re a parent, you’re probably already wary of giving your kids sugary soda—but what about such popular kids’ favorites like Sunny D, Capri Sun, Hi-C, and all those other dubiously labeled “fruit drinks”?

With more added sugar on average than any other beverage, soda is no doubt deserving of its public health enemy No. 1 status. It’s a prime source of the sort of empty calories that have been linked to the epidemic of childhood obesity and related ills. Just this week, news broke that Burger King had become the last of the big three burger chains to drop soda from its kids’ meals.

But when it comes to other popular kids’ drinks, a new study finds that parents are often deceived into believing they are healthier than soda—or just healthy in general.

In an online survey of nearly 1,000 parents, researchers at the Rudd Center for Food Policy and Obesity at the University of Connecticut found that while 62 percent of parents said they had given their kids soda at least once in the past month, nearly 80 percent had provided “fruit drinks,” a category that excludes beverages made from 100 percent fruit juice. That’s despite well over half of the respondents saying they were either somewhat or very concerned about the amount of sugar their kids consume.

How to explain the discrepancy? As one of the study’s authors, Jennifer Harris, put it in a statement: “Although most parents know that soda is not good for children, many still believe that other sugary drinks are healthy. The labeling and marketing for these products imply that they are nutritious, and these misperceptions may explain why so many parents buy them.”

Think about it: If Sunny D touted the 11 grams of sugar in each 6.75-ounce bottle instead of “100% Vitamin C,” you’d probably think twice about buying it for your kids. Ditto for those Hi-C juice boxes, which likewise give top billing to the vitamin C content while burying that they contain a whopping 25 grams of sugar per box. There is, rather amazingly, more sugar in every ounce of Hi-C fruit punch than regular Coke, while a single pouch of Capri Sun fruit punch packs as much sugar as the American Heart Association recommends preschoolers consume in an entire day.

It turns out the most misleading claim of all may very well be that Capri Sun, Hi-C, Sunny D, and their ilk are even “fruit drinks”: As the study authors point out, none contain more than 10 percent fruit juice, and often they’re made from much less.
Related
Attack of the Sugar Zombies!

Worse yet are sports drinks. And while parents of toddlers probably aren’t packing their kids off to daycare with a pouch of Gatorade, plenty of parents of adolescents seem to think their budding athletes will perform that much better on the field if they’re hopped up on electrolytes. But any extra energy is likely to come from another source: Sports drinks often contain even more sugar per ounce than soda. A single 4-ounce pouch of Gatorade Prime (marketed as an energy booster) contains 23 grams of sugar, even as the AHA recommends teenagers limit their sugar intake to just 21–33 grams per day.

So what should kids be drinking instead? Echoing the advice of public health advocates, Harris recommends sticking to water, low-fat milk and, in limited quantities, 100 percent fruit juice. Her rule of thumb as you make your way through the grocery store? “The more health messages on the front of the package, the less healthy the product is,” she tells The Washington Post. “You have to ignore the messages on the front of the package, and if the first ingredient is sugar, put it back.”

Jason Best is a regular contributor to TakePart who has worked for Gourmet and the Natural Resources Defense Council.